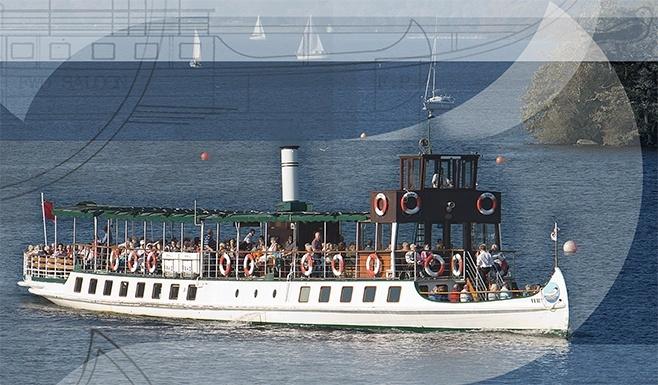 Preparations are underway for a day of celebrations later this month, to mark the 125th birthday of the iconic ‘steamer’ MV Tern. She is one of the oldest large-scale vessels still operating on England’s inland waterways and will officially reach the landmark day on Monday 27 June.

Tern was launched on Windermere in 27 June 1891 and is one of just a handful of vessels of her size to be built during the reign of Queen Victorian and still fully operational today. Over her long career she has sailed an estimated one million miles and carried more than 17 million passengers.

A member of the National Historic Fleet, Tern was built by boat builders Forrest and Son and could originally carry well over 600 passengers. She is still licensed to carry 350 people as she sails two and a half times daily up and down Windermere between Easter and November.

To celebrate the big day, we have planned a special evening sailing including previous skippers and crew who have worked on the famous vessel down the years. Coloured bunting, classical music and traditional Victorian delicacies such as ‘Sawrey Pie’ will add to the celebrations. Sorry, but due to limited availability, this an invitation-only event.

We'll also be unveiling a new children’s book, ‘Busy Little Tern’ written by staff member Janet Johnson. Janet has re-worked a story created more than 20 years ago and will be holding a storytelling session on board for pupils from a local primary school.

Janet says, “I am really fascinated by the history of this majestic vessel and writing the book was my way of contributing to the birthday celebrations by introducing MV Tern to the next generation. The fact that Tern retains many of her original features and is still fully operational after all these years is a testimony to the expertise of her Victorian builders and the dedication of her owners throughout the last 125 years. I hope she can be preserved so people can enjoy sailing on board for many more years to come.”

Over the years Tern has hosted wedding parties, anniversaries, school trips, retirements and birthday parties, as well as being a ‘Ghost Ship’ on Halloween. There have also been a string of proposals on board. To find out more about hiring MV Tern for your special event, please download our charter pack.