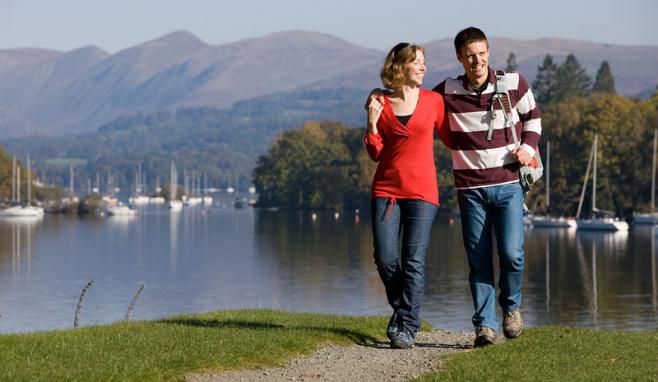 Windermere Lake Cruises is planning a series of high profile activities this autumn to attract more overseas visitors to Windermere and the surrounding area in 2014.

The company - which employs 160+ people in peak season and is ranked as one of the top ten most popular attractions in the country by England’s national tourist board VisitEngland,– already attracts a large proportion of passengers from across the globe. More than 30% of its business comes from locations outside the UK, particularly Japan and more recently, China. European countries such as the Netherlands also have a strong affinity with the Lakes, while South America is another emerging market.

In the coming weeks, representatives from the company will be meeting tour operators from around the globe to showcase the Lake District, Cumbria, to both short-haul and long-haul travellers. That includes taking part in VisitBritain’s International Business Exchange (known as ‘VIBE’) on 9-10 October 2013, as well as the Global European Marketplace (or ‘GEM’) at Wembley on 1 November and the World Travel Market event at ExCel London (4-7 November).

Windermere Lake Cruises will also be among a high level delegation, including Cumbria Tourism and other businesses from the Lake District Japan Forum, who will be flying over to Osaka, Nagoya and Tokyo later this month (21-25 October) for a demanding round of 50 office visits, meetings and presentations.

Alan Fisher, Sales Manager for Windermere Lake Cruises, says, “International visitors are a vital part of our business. As well as the long-standing popularity with the Japanese, we’ve also seen a definite increase in the number of visitors from China this year. The potential volume of people from this global powerhouse is immense, so we obviously want to continue building on this for 2014.

“We face stiff competition from across the UK, so we want to make the most of the opportunity to help lure visitors outside London and highlight the Lake District as the favoured destination. Forging strong links with organisations with ETOA, the European Tour Operators Association, is a key part of this work.”