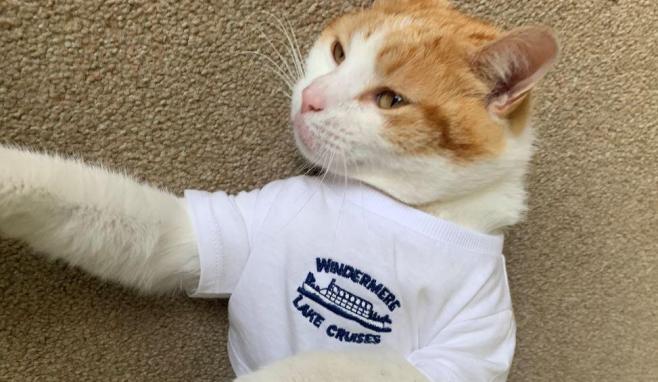 A kitten who made headlines around the world after being found trapped in the undercarriage of a long-distance coach following an epic road-trip of 700 miles is celebrating two years living with his new owners in Windermere.

Provisionally named Axel – and since re-named ‘Dave’ in honour of David Elliott, one of Windermere Lake Cruises’ supervisors who freed him, he was estimated by Oakhill Vets to have been aged just ten weeks old at the time of his white-knuckle adventure and subsequent rescue.

Based on reports made by the driver about strange squeaking and “crying” sounds coming from the coach’s front axle during a tour of the UK in September 2017, it’s thought Dave had been trapped in the depths of the vehicle’s front wheel mechanism all the way from Torquay in Devon, before being rescued in Windermere four days later. In that time, he criss-crossed England, taking in a drive further south to Lands' End, then across to London and up to Birmingham before later arriving in Cumbria.

Following the rescue, an appeal was launched to find his owner – making headlines around the world. However, when nobody came forward to claim him, a search for a new owner began in the Windermere area. 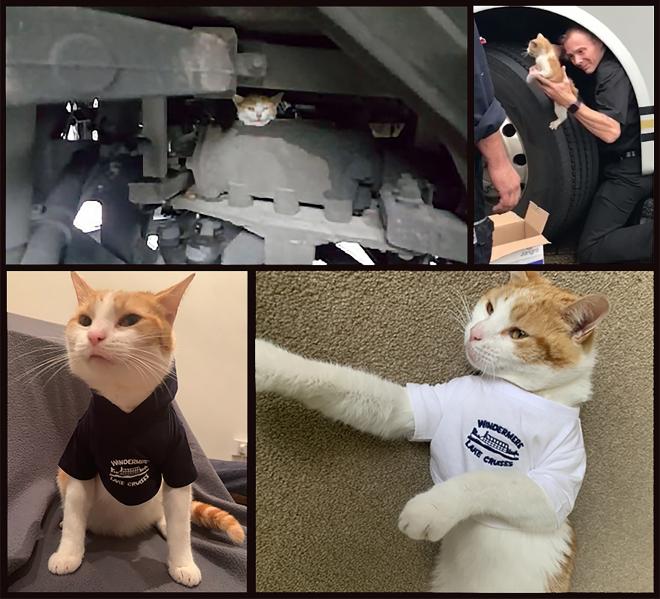 Two years-on, however, Dave’s misadventures are still going strong. New owner, Windermere Lake Cruises’ Shoreside Operations Manager Jeff Elliott, laughs, “Dave’s currently used-up 12 of his nine lives and has cost my partner Rachel and I hundreds of pounds in vets bills. He scared us a lot after he went missing for several days only to be found stuck in a skip. He also has a habit of getting over-friendly with bees, which often results in a trip to the vets. He has no balance at all, which is amazing given that he managed to cling on to the axel of a coach for hundreds of miles! He loves other cats but usually gets beaten up by them. He also likes dressing-up. Basically he has no idea how to be a cat!”

Jeff continues, “While on one hand he’s a walking disaster, he’s also a fun-loving cat and a great member of our family. While it’s beyond any reasonable doubt that Dave’s dramatic relocation was unplanned, he enjoys a very happy and adventurous life here with us in Windermere. While he still seems to attract trouble like a moth to a flame, he always takes it in his stride. The best news is that Dave’s adventures haven’t put him off from taking road trips with us, enjoying regular family days-out alongside our family dog, Beaux, his best-friend.” 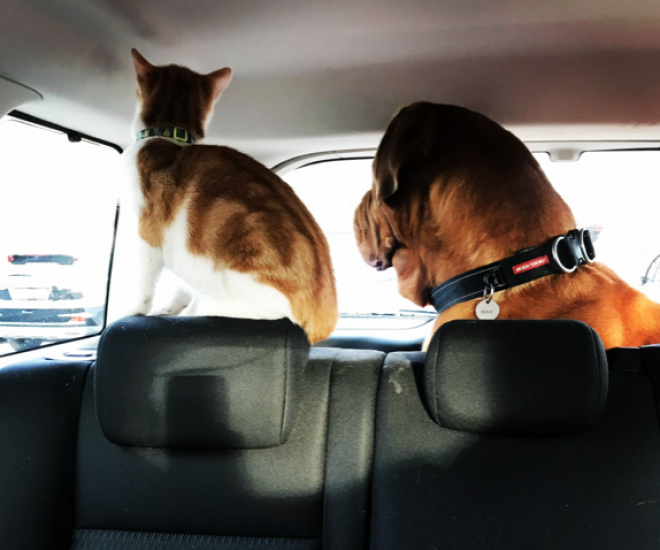