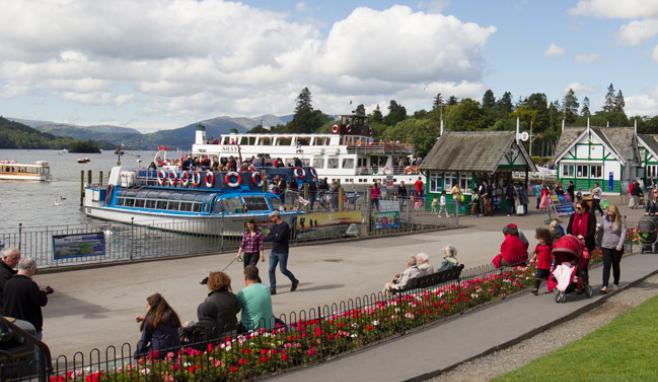 This latest Annual Visitor Attractions Survey is collated by the national tourism body VisitEngland and reveals that there were 1,469,189 passenger journeys on Windermere Lake Cruises’ 16-strong fleet of ‘steamers’, modern launches and wooden launches during 2014. That is a 4.1% increase on the previous year, placing the company sixth on the national list.

The figures also mean Windermere Lake Cruises is officially the most visited ‘paid for’ visitor attraction in the North West. At the same time, the Lakeland Motor Museum saw 79,296 annual visitors during 2014 – up 9.6% on the previous year – which puts it at number 19 on the North West list. It is doubly good news for parent company Winander Leisure Ltd, which owns both attractions.

Managing Director of Winander Leisure Ltd, Nigel Wilkinson, says, “Not only has Windermere Lake Cruises maintained its position as one of the top ten most popular paid for visitor attractions in England, but the Lakeland Motor Museum also performed very well in 2014. Tourism makes a vital contribution to our regional and national economies, particularly in rural areas such as the Lake District National Park, and having such popular attractions in the heart of the Lake District delivers both direct and indirect benefits to the local economy. These figures again underline the enduring appeal of the Lakeland visitor experience, with significant growth in the overseas market in particular. Overall this is encouraging news, however, neither attraction can afford to rest on its laurels. We now face the challenge of continuing to attract both new and repeat visitors, and maintaining the 2014 performance throughout the 2015 season as well.”

For full details and rankings in the Annual Visitor Attractions Survey, visit the VisitEngland website.