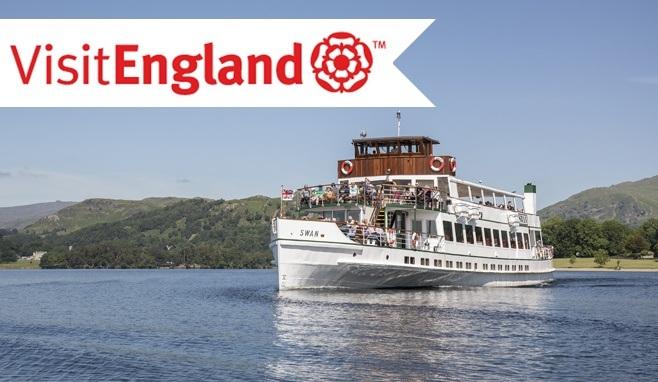 Figures out today (August 2018) from VisitEngland confirm that Windermere Lake Cruises is again officially one of England’s most popular ‘paid for’ visitor attractions, based on passenger numbers.

The latest Annual Visitor Attractions Survey collated by the national tourism body reveals there were 1,611,491 passenger journeys on the company’s 16-strong fleet of ‘steamers’, modern launches and wooden launches during 2017.

The results move the company slightly further up the national list when compared to 2016 - ranking it in fourth position, again ahead of iconic attractions such as Stonehenge, St Paul’s Cathedral and Westminster Abbey.

Windermere Lake Cruises is also one of only four northern attractions in the top ten, along with Chester Zoo, Yorkshire Wildlife Park; and Flamingo Theme Park and Zoo.

Furthermore, the attraction is ranked as the second most popular paid for attraction in the North West region, after Chester Zoo.

The full top ten paid for visitor attractions in England in 2017, according to VisitEngland, are:

Nigel Wilkinson, Managing Director of Windermere Lake Cruises, says: “We’re always proud to feature on this list of truly world-class attractions from across the country. We believe a cruise on Windermere is a quintessential Lake District experience and this is borne out by another strong set of annual passenger figures which place us in the top ten nationally. Of course, it is also a fantastic way of transporting passengers around the area in a sustainable way.