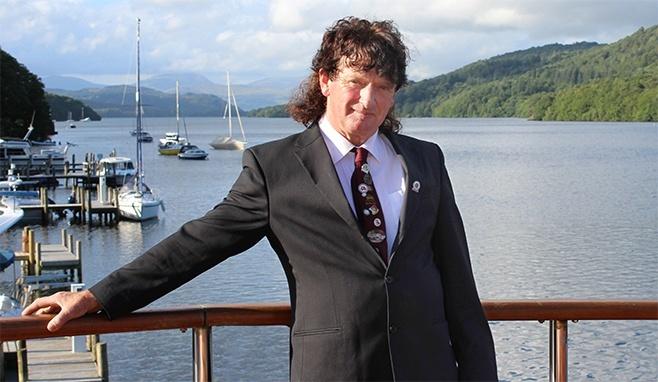 Windermere stalwart honoured for half a century working on the lake

After travelling almost 365,000 miles and welcoming around 7 million people on board, one of Windermere’s best-known faces has been recognised for a momentous 50 years working on the lake’s iconic ‘steamers’.

65-year-old Phil Ridley is celebrating the milestone anniversary as a crew-member with Windermere Lake Cruises this month, and last night, he was treated to a special celebration on the MV Swan with friends, family and colleagues past and present.

Phil’s first role serving tea and coffee on the ‘steamers’ in 1967 quickly evolved into a full-time crew member. Over the years, he has seen an estimated 7 million passengers step on board some of the Lake District’s most recognisable vessels and personally welcomed a wide range of passengers from professional boxers and the Everton Football team to the former Prime Minister’s wife Cherie Blair.

Most recently, Phil’s everyday duties on board MV Swan have included meeting and greeting customers; collecting tickets; and telling visitors all about the lake and surrounding area. Another key responsibility has been passenger safety as they get on and off the boat.

Last night’s special cruise marked a fond farewell for Phil, who is now stepping down from his role to enjoy his retirement.

Phil says, “I started off as a teaboy and have done most of the jobs on board Swan and Teal since then. Travelling up and down the lake is a fantastic job, but meeting the people has definitely been the best bit. Every day is a highlight, but chatting to visitors is the part that has really meant the most to me.”

Managing Director of Windermere Lake Cruises, Nigel Wilkinson, says, “In this day and age, completing 50 years service with one organisation is quite exceptional. Philip’s superb customer service over the years has added to the enjoyment of Windermere for many millions of visitors who will miss him greatly, just as his work colleagues will too. We hope Philip makes the most of his well-deserved retirement!”