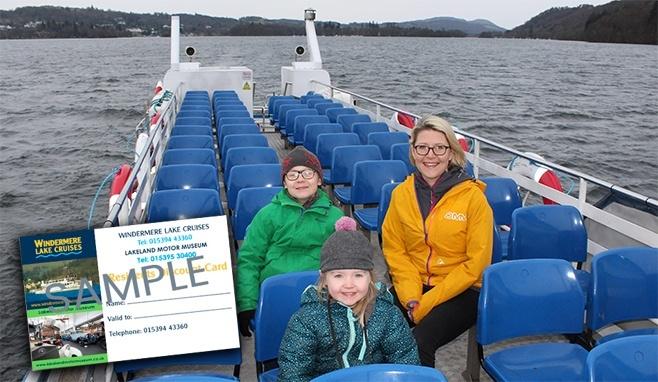 It’s been revealed that more than 28,000 people across North Lancashire and Cumbria have now signed up for joint Resident Passes for two of the Lake District’s leading visitor attractions.

It comes as card-holders gear up for the maximum 50% discount off all scheduled sailings with Windermere Lake Cruises – and 50% off entry to the Lakeland Motor Museum - from now until the end of next April.

The free Resident Passes last for 5 years and are available to anyone living in a CA or LA postcode area, which covers the whole of Cumbria and much of North Lancashire, including Lancaster and Morecambe. All Lancaster University and University of Cumbria students with a valid Student Union ‘Purple Card’ can also apply for a pass.

It’s now been confirmed that more people than ever before are benefiting from the scheme, with the number of registered Resident Passes breaking through the 28,000 barrier for the first time at the beginning of October.

The special discount cards can be used to claim half price scheduled sailings between October and the end of April, as well as 20% off during the summer months. The same discounts also apply for entry to the Lakeland Motor Museum.

“With more than 28,000 card-holders now in circulation, we’re proud to be offering an extra incentive for local people to try out some of the attractions on their doorstep. As Resident Passes are entirely free, they’re a great money-saver for families on a strict budget.”

To apply for a Resident Pass, see www.windermere-lakecruises.co.uk/residents, call 015394 43360, or visit any Windermere Lake Cruises ticket office. (Proof of permanent residency in a CA or LA postcode area will be required). Dogs are welcome at both attractions.