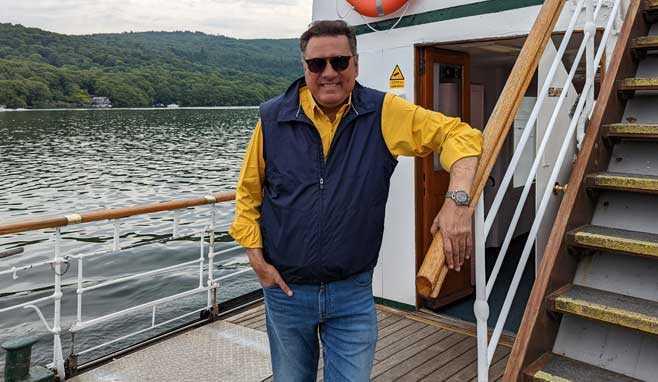 One of the big stars of Bollywood cinema has been enjoying the stunning Lake District scenery by taking a cruise along England’s longest lake with Windermere Lake Cruises.

Boman Irani, who is known as the funny man of Bollywood, took a trip on board the traditional “steamer” Teal along with family and friends. 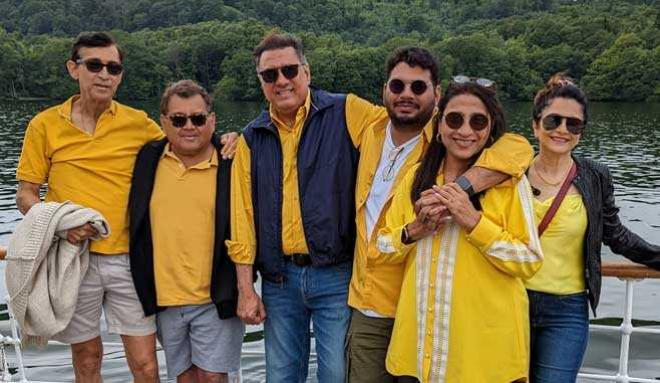 The actor and voice artist has appeared in some of the highest grossing Hindi cinema films of all time and has five and a half million followers on Twitter. He’s been in Cumbria with a group of friends and family to enjoy the sights, sounds and wonderful scenery of the Lake District. 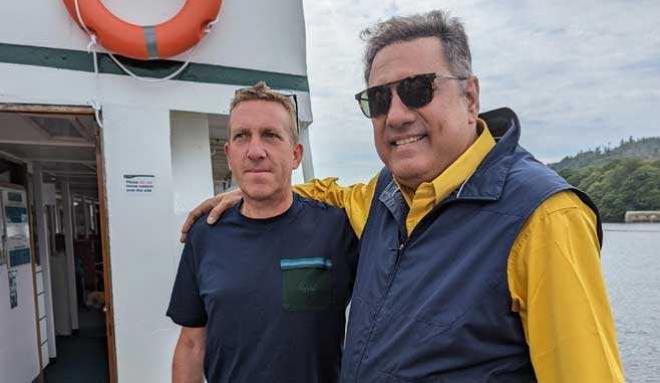 Onboard MV Teal, Mr Irani and his group were met by Dan Visser, the Vice Chairman of Cumbria Tourism and Jennifer Cormack, the Sales and Marketing Director for Windermere Lake Cruises.

“It was our pleasure to welcome Mr Irani and his family and friends to Windermere and to help them experience the wonderful Lake District scenery,” says Dan Visser.

“They told me they were having a fantastic time here and we were delighted to show them around so they could enjoy all that this great part of the world has to offer.”

Boman Irani is widely known for his comedic and villain roles in “Bollywood” films or Hindi Cinema. He began his acting career in theatre before his Bollywood career took off. One of his first hit roles was in the 2003 comedy Munna Bhai M.B.B.S. He’s also had highly successful roles in films like 3 Idiots, Don, Happy New Year and Dilwale. 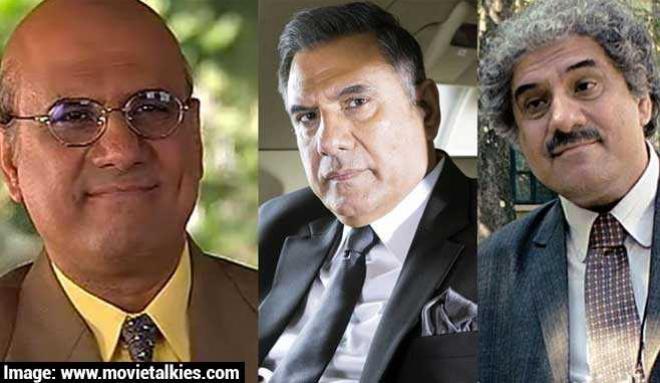