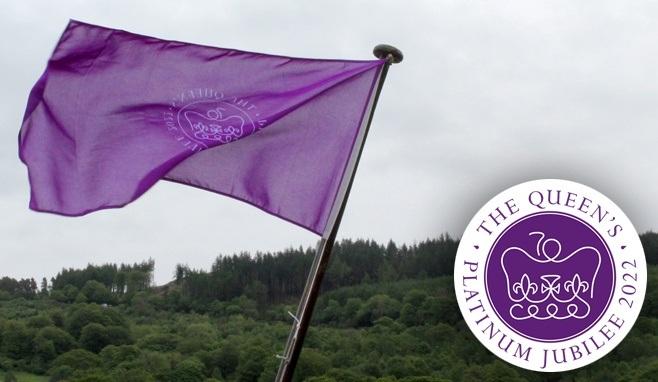 Fit for the Queen! Jubilee flag flies on Her Majesty’s favourite Windermere “steamer”

The Platinum Jubilee flag has been raised on the vessel to celebrate her Majesty’s 70-year-reign and mark the fact she has twice travelled onboard the “steamer”. 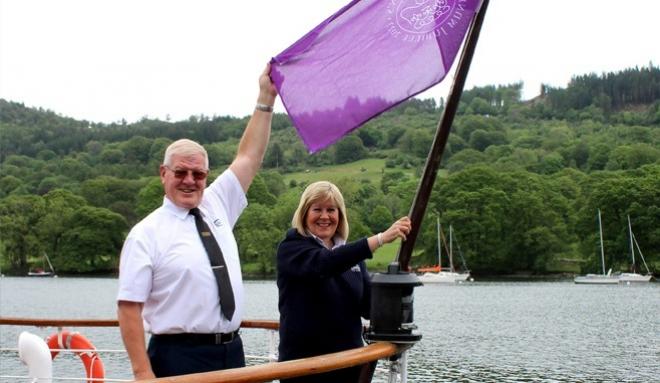 The Queen first travelled on MV Teal in August 1956 when she and The Duke of Edinburgh cruised from Ambleside to Bowness. Nearly sixty years later, in July 2013, Her Majesty enjoyed a second cruise on the vessel when she was joined by The Princess Royal for a trip from Bowness to Brockhole.

“Windermere Lake Cruises has a long connection with the Royal family,” says Sales and Marketing Director Jennifer Cormack. “We thought it was only right to mark this Platinum Jubilee year by raising the special flag on MV Teal.

“We are always delighted to welcome Her Majesty to Windermere. It was clear she enjoyed her twin cruises on MV Teal. We hope visitors will follow in her footsteps and enjoy a similar right royal experience throughout Platinum Jubilee year.” 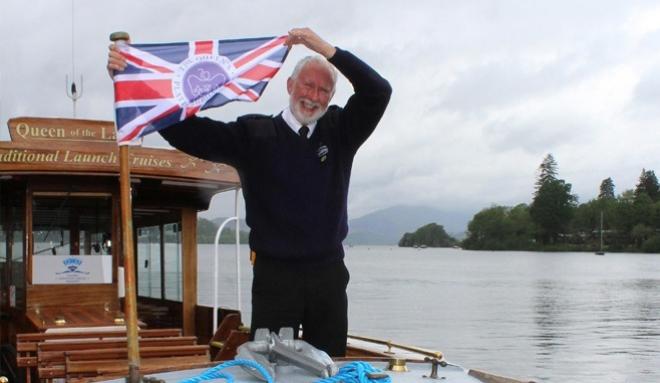 A photograph marking the 2013 visit (see below) is part of a new interactive map created by Historic England to highlight important heritage sites the Queen has visited during the last 70 years. It shows her Majesty being shown around Bowness Pier by Windermere Lake Cruises’ Chairman Bill Bewley.

You can view the interactive map HERE. 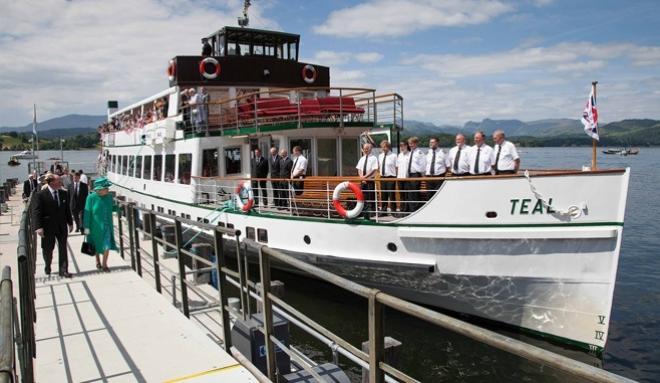 Windermere Lake Cruises has celebrated many Royal links over the years.

In June 2012 one of its smaller historic vessels, Queen of the Lake, was transported to London to join hundreds more boats making up a flotilla on the River Thames to celebrate Her Majesty’s Diamond Jubilee. 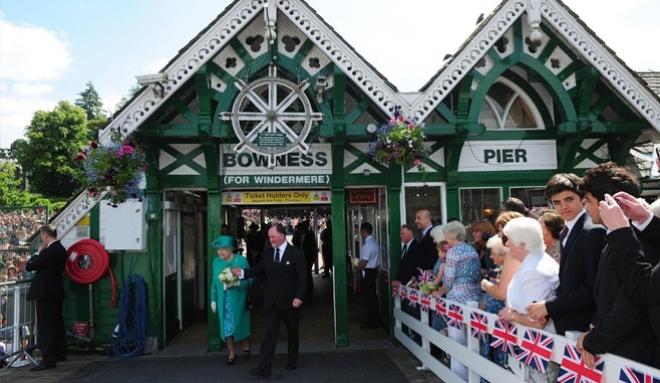 The Queen of the Lake is also sporting a special flag to mark the Platinum Jubilee.

Earlier this year, Her Majesty became the first British Monarch to celebrate a 70-year reign – having formally acceded to the throne on the 6th of February 1952 following the death of her father King George VI.

There will be a series of events throughout the year to celebrate the Platinum Jubilee culminating with a four-day Bank Holiday weekend in early June.