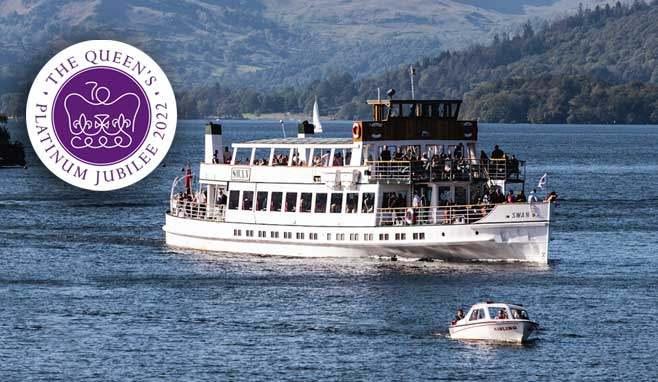 The Lake District’s largest and most iconic fleet of leisure cruisers will be honouring the Queen’s Platinum Jubilee with a special ‘ships Salute’ this weekend – simultaneously sounding their horns in tandem with vessels across the UK.

Windermere Lake Cruises’ entire fleet of 17 vessels will be joining boats of all shapes and sizes – from cruise liners and frigates to narrowboats and motor cruisers - as they sound their horns at 12 noon on Saturday 4 June as part of the national Jubilee celebrations.

It will be a special moment for Windemere Lake Cruises, as the Queen has long standing links with Windermere, having travelled on MV Teal twice during her reign - in 1956 and most recently, in 2013. 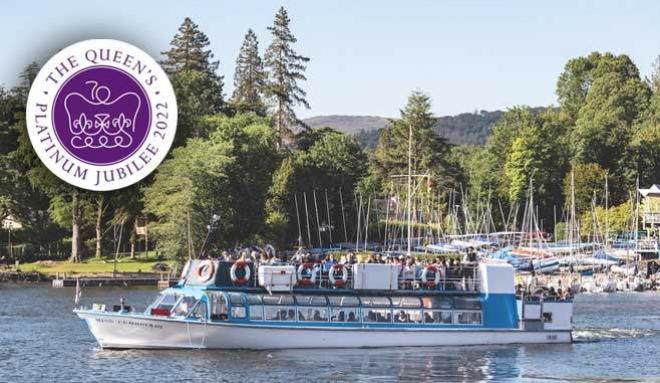 The lake’s four historic ‘steamers’ MV Teal, MV Swift, MV Swan and MV Tern will sound a simultaneous long loud blast on their horn or whistle at exactly midday, along with the company’s nine ‘waterbuses’ and four traditional launches. That includes Queen of the Lake, which famously took part in the Queen’s Diamond Jubilee Pageant on the River Thames exactly ten years ago.

Also this weekend, MV Swift will light up in Royal Purple at 9.45pm Thursday 2 June tomorrow evening as part of ‘the Light District’ – along with other visitor attractions, monuments homes and gardens across Cumbria. This is to coincide with the lighting of beacons nationwide and throughout the Commonwealth.

Jennifer Cormack, Sales and Marketing Director at Windermere Lake Cruises, says: “Her Majesty has a long-standing connection with the Queen and many of the team here have fantastic memories of her sailing with us on Windemere. So it’s only fitting that we join vessels from across thenation to mark the Ships Salute this Saturday and capture another memorable moment in time!”

Sarah Treseder, CEO, of UK Chamber of Shipping, comments: “The Ships Salute is a fitting way for the maritime sector to join the weekend of public celebrations for The Queen’s Platinum Jubilee. The salute is both simple and universal and we hope as many people as possible get involved.”

RT.Hon. Grant Shapps, Secretary of State for Transport adds, “As a proud maritime nation and where the name of Her Majesty has graced not only cruise liners but also the largest ship in the Royal Navy fleet, we really want the Maritime sector to show support with Merchant, Naval and leisure vessels alike by marking the Jubilee as a synchronised ‘salute’ from their horn”.

Video of the 'Ships Salute'

This video was recorded at the event and as our fleet an many other craft fired their horns on Windermere.

@windermerelakecruises It was our pleasure to join in with the 'Ships Salute' at noon today for The Platinum Jubilee. #shipssalute #windermere #jubilee #lakedistrict ♬ original sound - Windermere Lake Cruises