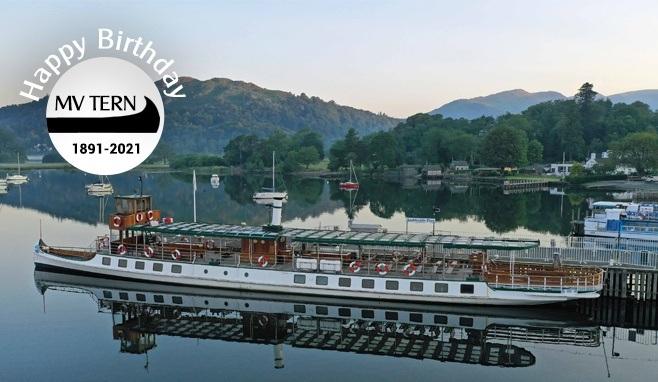 A special celebration has been held to mark the 130th birthday of one of the Lake District’s most iconic vessels – Windermere Lake Cruises’ flagship MV Tern.

She is one of the oldest large-scale vessels still operating on England’s inland waterways and was launched on 27 June 1891.

Over her long career she has sailed more than a million miles and carried more than 17 million passengers. 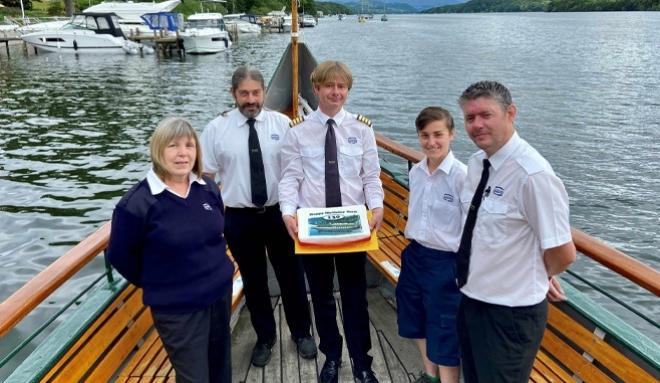 To mark the day MV Tern’s crew celebrated with a special anniversary cake and handed out copies of a children’s book all about the historic vessel to young passengers who took a trip on her this Sunday.

A member of the National Historic Fleet, Tern was built by boat builders Forrest and Son and could originally carry well over 600 passengers.

She is one of just a handful of vessels of her size to be built during the reign of Queen Victoria and still fully operational today. 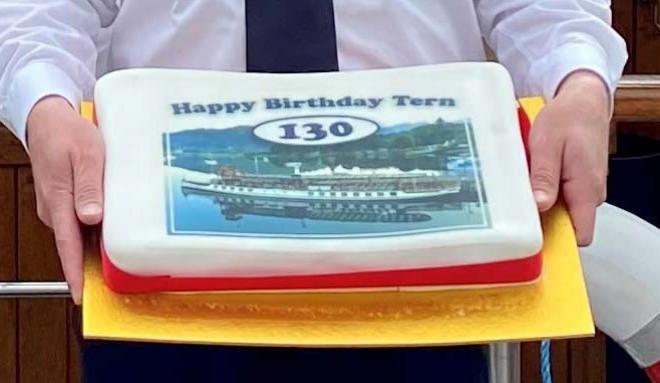 She is Windermere Lake Cruises’ oldest vessel and has a colourful history:

Over the years the vessel has undergone several facelifts. The latest in January this year when she was fitted with a new navigation bridge. 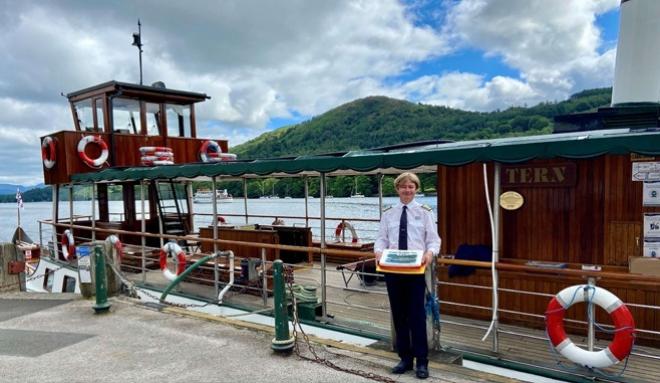 Windermere Lake Cruises Operations Director, John Woodburn, says: “We are delighted to celebrate this historic vessel’s 130th anniversary. It’s wonderful that MV Tern continues to grace the surface of England’s longest Lake and gives passengers a reminder of how much boating history there is to celebrate here on Windermere.”

Tern was originally commissioned by the Furness Railway Company back in the late 1800s.

Over the years she has hosted wedding parties, anniversaries, school trips, retirements and birthday parties, as well as being a ‘Ghost Ship’ on Halloween. There has also been a string of proposals on board.