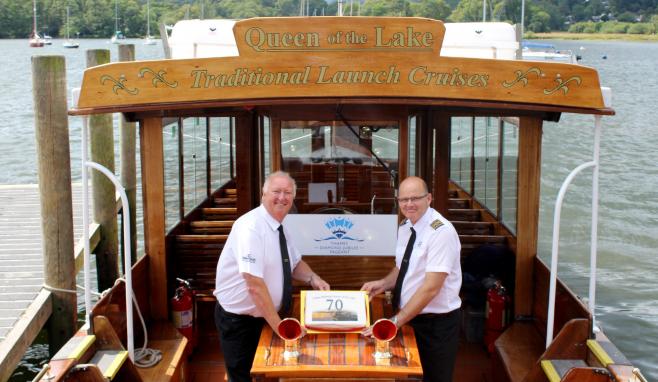 An iconic Windermere Lake Cruises vessel which has had more than one royal appointment in recent years, turns 70 years old this summer.

Originally built for use as a pleasure craft on the River Thames in 1949 by Watercraft of Molesey in 1949, ‘Queen of the Lake’ has been a permanent resident of Windermere ever since, leaving the lake only once in that time – sailing back to London to represent Cumbria in the Thames Diamond Jubilee Pageant for HRH The Queen’s Diamond Jubilee in 2012. 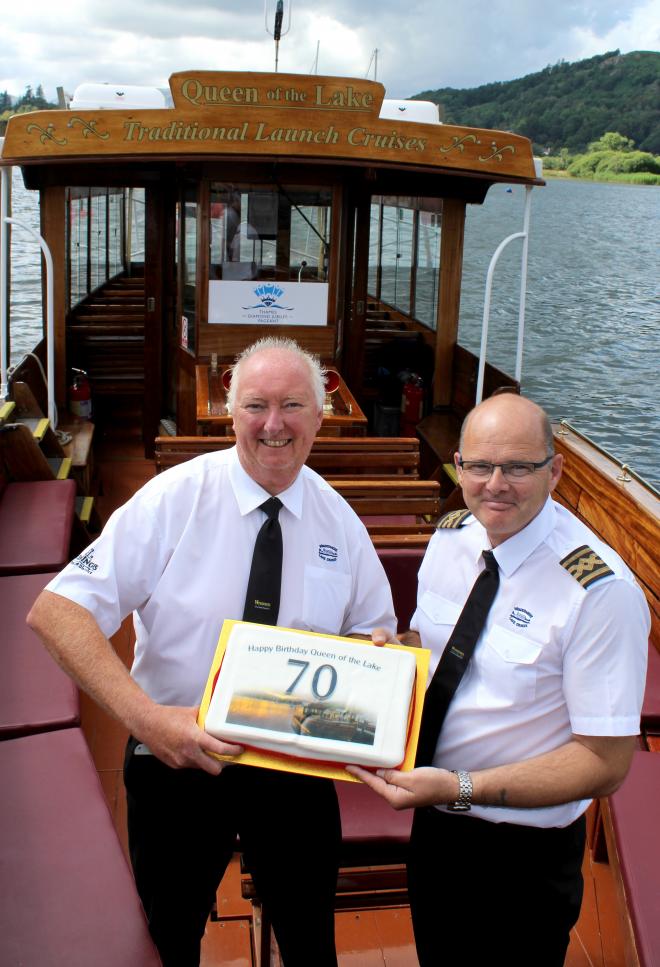 The vessel travelled a 600-mile round trip to take part in the event in London, which was watched by millions around the world over the Jubilee weekend when one thousand boats gathered on the river through the capital.

Queen of the Lake’s Royal connections don’t stop there, however. Just two years prior to the Jubilee, Prince Charles sailed on her during one of his regular Royal visits to Windermere. 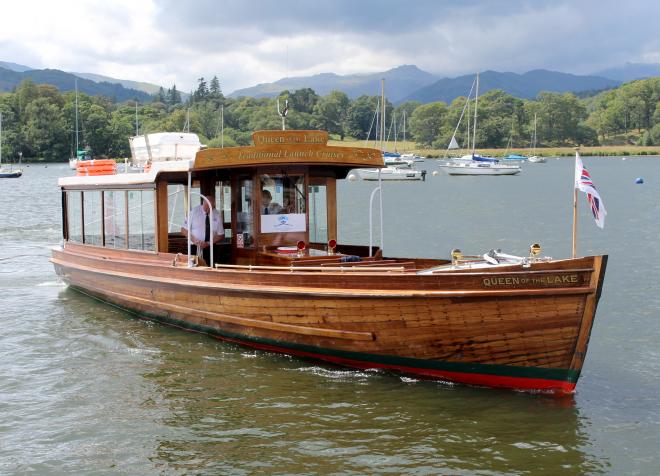 Sales and Marketing Director at Windermere Lake Cruises, Jennifer Cormack – who presented Queen of the Lake crew members Colin Greatorex and Dave Windsor with a special 70th birthday cake this week, says, “While Queen of the Lake is one of our smaller boats, she’s certainly no-less iconic than any of our larger ‘steamers’. She’s very much a highlight of Windermere Lake Cruises’ history and has certainly seen more than her fair share of adventures.”

Skipper, Colin Greatorex, says “I’ve been Queen of the Lake’s Skipper for nine years now and I tell our passengers every day that this year is her 70th birthday. Although I’ve skippered many different boats of all sizes over the years, I much prefer the smaller wooden launches and especially this particular boat because she’s got real character. My crew and I even polish her every day! You really get to know a vessel and because I’ve been with this one for many, many years, it’s so nice to recognise this anniversary.

“Tens of thousands of people have been on this boat and she’s been seen on TV more than any other boat in the Windermere Lake Cruises fleet, including our famous ‘steamers’. There’s so much history surrounding this vessel, I feel a strong personal connection with it and I’m so proud to enjoy the privilege of being her Skipper”. 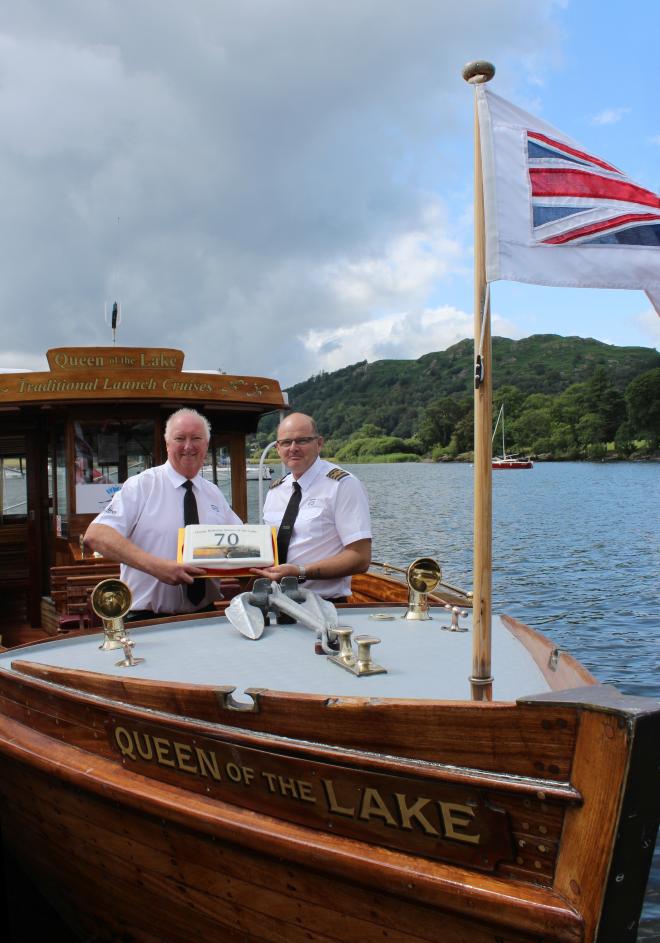 At full capacity, the 13 tonne Queen of the Lake can carry 84 Passengers and a crew of two.

Queen of the Lake isn’t the only boat from Windermere Lake Cruises’ fleet celebrating a milestone year in 2019, with ‘Sunflower II’ – another traditional wooden launch also turning 70 this summer; while ‘Silverholme’ celebrates 50 years on the water. 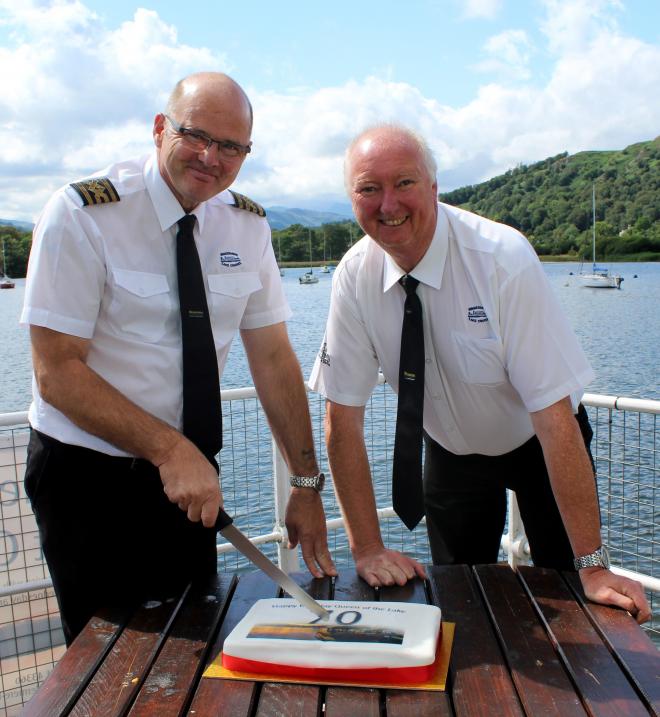