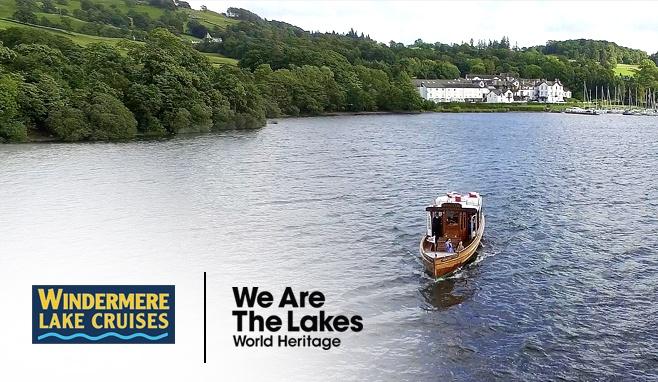 UNESCO has officially confirmed that the Lake District has won the global accolade, putting it alongside other iconic locations such as the Taj Mahal, the Great Barrier Reef and the Grand Canyon as an internationally acclaimed place.

The announcement has been heralded by Windermere Lake Cruises as a great way to help reach new international markets and to attract staying visitors.

The company is already ranked as one of the top ten most popular ‘paid for’ attractions in the country by VisitEngland, with more than 1.5 million passenger journeys annually and around 20% of this business comes from locations outside the UK. Now, it says World Heritage Status provides added kudos to help it forge ahead into new and emerging markets including the Far East and South America.

Nigel Wilkinson, Managing Director of Windermere Lake Cruises, comments, “We face stiff competition from across the UK to attract overseas visitors, so World Heritage Status is another opportunity to build the reputation of the Lake District internationally. We think it will be a great way to help encourage international visitors to venture outside London and highlight the Lake District, Cumbria as the favoured destination to prospective visitors from a wide variety of countries around the globe.”

The company also hopes the accolade will help capture the interest of cultural visitors from this country, and it has teamed up with Lakeland Arts and the Lakeland Motor Museum to showcase the Lake District’s blend of culture, heritage and nostalgia with a ‘Lakeland Heritage’ group package.

The ‘Lakeland Heritage’ package is mainly aimed at culture vultures, schools, and specialist Group Travel Organisers. It will combine a cruise on one of Windermere’s three historic ‘steamers’, as well as the splendour of Blackwell, The Arts & Crafts House. Visitors will also see a more unexpected side of the Lakeland Motor Museum, as they find out more about the Leven Valley’s role as a cradle of the Industrial Revolution.

The ‘Lakeland heritage’ package starts from £15.85 per adult, including entry to both Blackwell and the Lakeland Motor Museum and a 40 minute one-way trip on Windermere Lake Cruises. (Or £17.75 to upgrade to a two-way cruise. Selected routes are flexible).