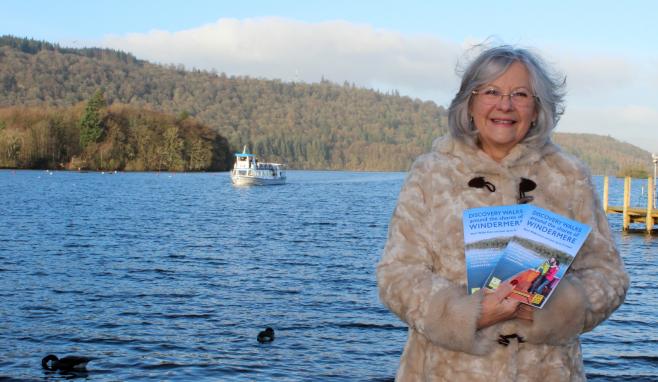 A special 20th anniversary edition of Windermere Lake Cruises’ guide to making the most of the lake’s surrounding areas on foot after disembarking from one of its world-famous vessels has been published.

The guide - first published in 1999, was a labour of love by local man, the late Jim Fleming, who was one of the founding owners & directors of the Bowness Bay Boating Co. Ltd which later formed part of the merger into what eventually became known as Windermere Lake Cruises.

Drawing on early memories of both walking and boating as a child from 1945 onwards, Jim compiled a list of what he considered to be essential walks, all within a stone’s throw of the area which held so many happy childhood memories for him.

Jim sadly passed away in 2012, but his carefully considered routes continue to be welcomed by like-minded enthusiasts, which have been fully revised and updated for the 2019 edition of his well-loved guidebook.

The end of the Second World War saw evacuees return home, with help needed in Bowness to work on the boats. Jim’s new passion for boating was briefly interrupted by the requirement to take part in national service in the 1950’s, which resulted in him vowing to never leave Cumbria again. In 1960, he made good on the promise he had made to himself and became a full-time boatman.

Speaking about her late husband’s work, Maureen Fleming (pictured), says, “To this day I have vivid memories of Jim working on the guide, because I was his Guinea Pig! After he’d written the details of each route, he’d quietly observe me following the instructions to make sure they were clear to other people and not just himself. Then, if I did take a wrong turn, he’d make little notes in his notebook and refine the text at home later that day.

"I’m very happy to have played a part in the creation of the book because he was so enthusiastic about it. I know that Jim would also be delighted that Windermere Lake Cruises still sees the value of his guide by publishing this new version for its 20th anniversary.”

Following in the footsteps of Jim, another local man, Richard Greenwood has painstakingly trodden the same pathways to ensure future generations can enjoy the routes outlined by Jim himself for years to come.

Richard says, “Over time, little aspects of some of the routes have inevitably changed. This is due to simple things like slight changes in the landscape or little landmarks looking different now to how they looked 20 years ago. I’m happy with the revisions I’ve made, and re-treading Jim’s routes was not only highly enjoyable, but very nostalgic. I know Jim would approve of the tweaks!”

In previous editions of the guide, Jim looked back fondly at his memories of exploring the area with friends from Windermere Grammar School, reaching the peaks of some of the Lake District’s highest mountains. Upon retirement though, in his own words, Jim took “the opportunity to indulge my pleasures - the lake, the boats and the walks, and present them all within this book” while no longer having the urge to strive for the highest peaks. Instead, Jim opted to enjoy the area in the company of his wife and grandchildren at “a more leisurely pace” to ensure no stunning views went un-noticed.

Jim’s rediscovery of routes from his childhood - and many more, are all contained within the guide and take between one and four hours to complete at “unhurried pace”. Each walk is mostly low-level and always stay below 1,000 feet.

As Jim himself signed-off in his original introduction to this guide, “The lake is the ideal place to enjoy the magnificent views of this beautiful area; and within just a few minutes the walks take you in to peaceful surroundings where you will appreciate the scenery from a different aspect”. 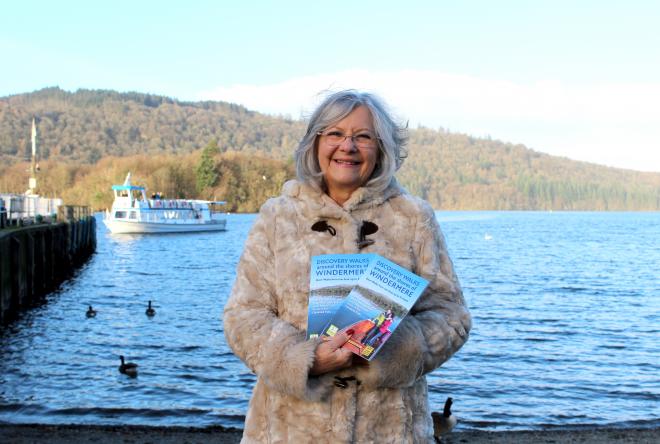 Individual walking routes from Jim's book can now be downloaded from free in PDF form or GPX route files for your mobile devices. See the full list here.