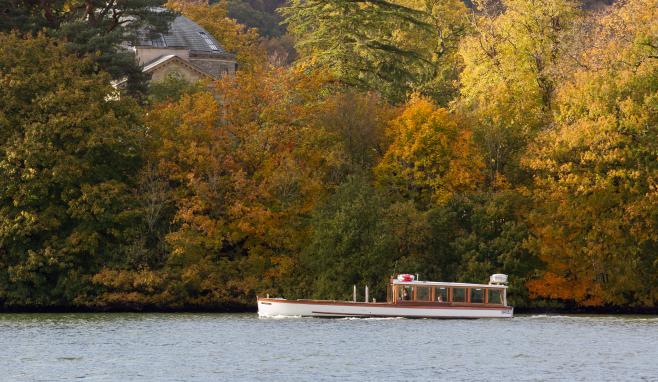 Following the hottest UK summer since 1976, the Lake District’s most popular ‘paid for’ attraction Windermere Lake Cruises is inviting photographers to come and capture the lake’s splendid autumn colours on film, during the season widely agreed by vessel skippers as their favourite time of the year.

September is the first month of the autumn season, providing people with the perfect opportunity to admire Windermere’s famous wooded shoreline from the lake as the trees begin to shimmer in golds, reds and browns.

With no two days the same and with children back at school after the summer holidays, those who prefer quieter times of year to explore Cumbria are being invited to see in the new season with a relaxing cruise on England’s biggest lake, offering photographers the best vantage points.

Many crew members make a point of bringing their best cameras into work during the autumn, including mate onboard the MV Teal, James Fleming, who has worked on the lake since the mid-1980s. He says, “Scenery-wise, autumn is the best time of the year. To see all the colours is amazing, especially at Claife Heights, for example. To see all the trees changing colour from September is just lovely. The shoreline is never that far away on this lake, making sightseeing a pleasure throughout the whole cruise.”

Nick Thompson, Operations Manager at the Ambleside ticket office at Waterhead, says, “It’s a bit of a cliché and certainly a common misconception that the great outdoors can only be enjoyed during dry weather in the summer months. One of my most memorable days came when all this glorious sunshine suddenly disappeared and a thunder and lightning storm began all around us during a wine-tasting cruise.

“I remember we were just stood there on the deck sipping wine during this spectacular storm and it reminded me ‘yes, this is why I live here’. It was amazing and a great autumn memory. The weather in the autumn can be absolutely cracking if you get it right. It can be just like a lovely summer’s day but just a little bit cooler.”

Paul Knipe is Captain of MV Tern, Windermere Lake Cruises’ longest vessel. He added: “It’s not just the sunny days that are great but seeing the scenery change throughout the year. Obviously autumn is a great time to really see that in all its glory. September and October are my favourite times of the year when everything’s changing colour. It’s just spectacular and a real draw for people.” 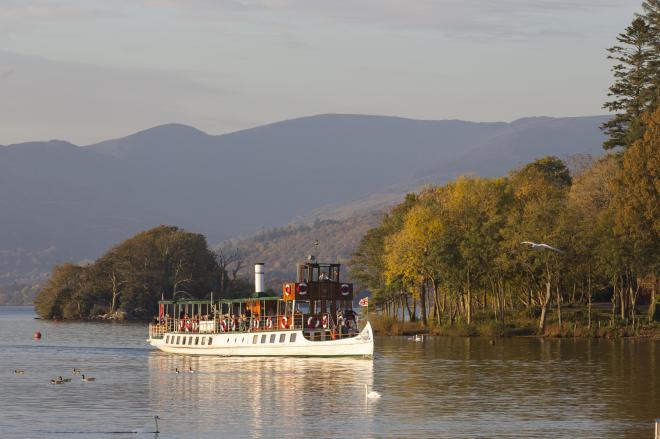