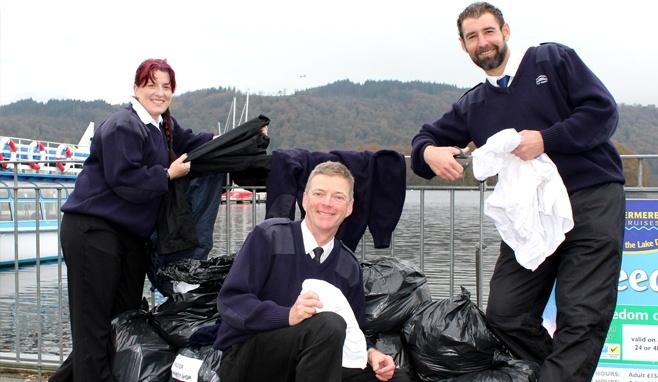 Our staff are hoping that their small actions will make a big difference as they transform used uniforms into charitable donations.

Many of our staff at Windermere Lake Cruises have made it their mission to recycle worn-out items of clothing, in order to go greener and benefit local good causes.

At the height of the summer season, we employ more than 180 people to support more than 1.5 million passenger journeys annually – and each member of staff has multiple uniforms. Inevitably clothes reach the end of their natural life, so we've grouped together to create a formal scheme where hundreds of items can be collated, labelled and delivered to Animal Welfare Furness to be recycled.

At the same time, staff are collecting buttons for a Holocaust Memorial project being run by The Lakes School. More than 1,700 buttons are being donated as part of the first batch and we plan to continue contributing to the appeal, which will see unwanted buttons transformed into a lasting memorial.

HR Assistant, Janet Johnson, says, “This really is about the staff coming together to do something positive. As a company, we have hundreds of uniforms in circulation all year round and inevitably they do get worn out and unsuitable for further use. However, we wanted to make sure they weren’t just thrown away and someone somewhere could benefit from the items we were no longer able to use.” 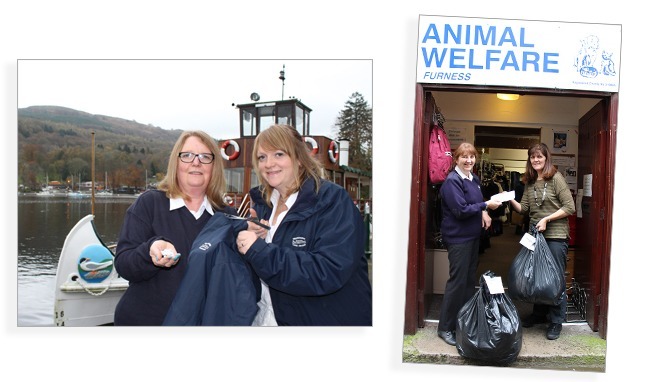