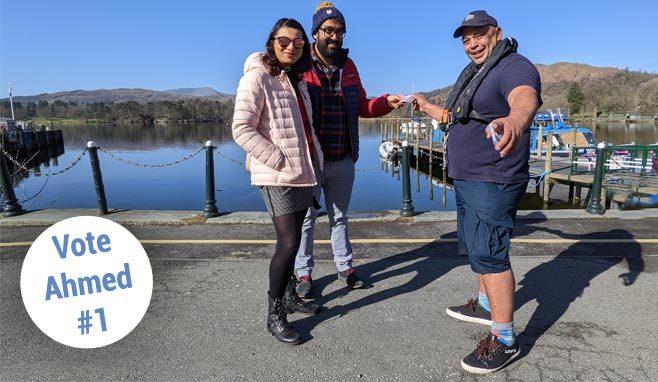 With just days to go before the ballot closes – the North West and Cumbria’s only finalist in this year’s national Tourism Superstar award is making a final plea for your votes!

Ahmed Abdelaziz, who works for Windermere Lake Cruises, is one of ten finalists in VisitEngland’s highly prized Tourism Superstar Award which celebrates those who go the extra mile to give tourists an amazing visitor experience. 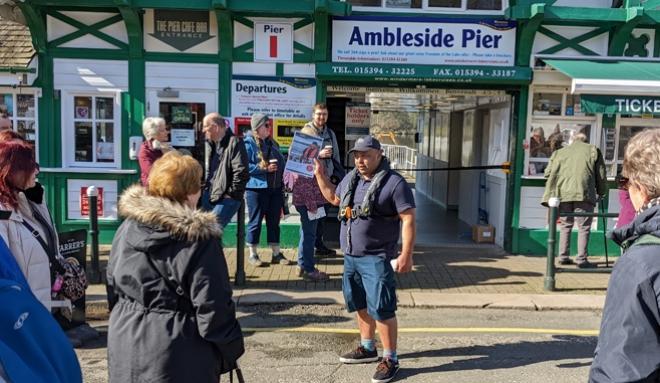 In between working hard to give customers a wonderfully warm welcome to Windermere, Ahmed has been on the “campaign trail” urging people to cast a vote in the competition which is decided by public ballot. Voting closes at Midnight on March 22nd. You can Vote for Ahmed HERE.

“It has been great fun to be involved in the competition,” says Ahmed who has worked in Ambleside for five years where he oversees the self-drive boats.

“It was a very proud moment to be nominated for the Tourism Superstar award and it would be wonderful to win it as a recognition of all the hard work the team at Windermere Lake Cruises has put in over the last two years,” he says. 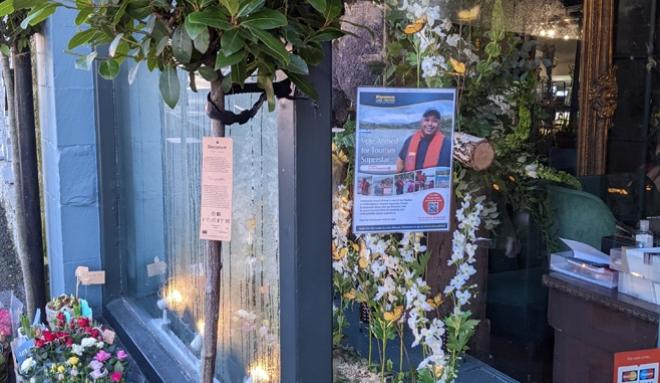 The father of two is originally from Egypt but left there for England when terror attacks affected the Egyptian tourism industry.

He has been putting up Vote Ahmed posters and handing out cards to visitors encouraging them to cast a vote in the awards. “It has been really nice to hear visitors and residents say they have voted for me,” he says. “I love living and working here in the Lake District and I think it shows! I just try to put a smile on people’s faces and it’s great to know they appreciate it!”

He says it’s been a real challenge during the Pandemic to make people comfortable and feel safe and happy. “I try to do that with a smile and I hope it helps! If people would like to cast a vote for me I would be absolutely delighted!” he says.

Nigel Wilkinson, Managing Director of Windermere Lake Cruises, says: “Throughout his time with us Ahmed has never failed to ensure customers and colleagues are always smiling. He exudes enthusiasm which is contagious!

“He worked tirelessly throughout the pandemic to ensure he was protecting Windermere Lake Cruises passengers and staff and adhering to all the Covid-19 secure operating procedures the company put in place. We know from their comments our customers have really appreciated his efforts!” explains Nigel. 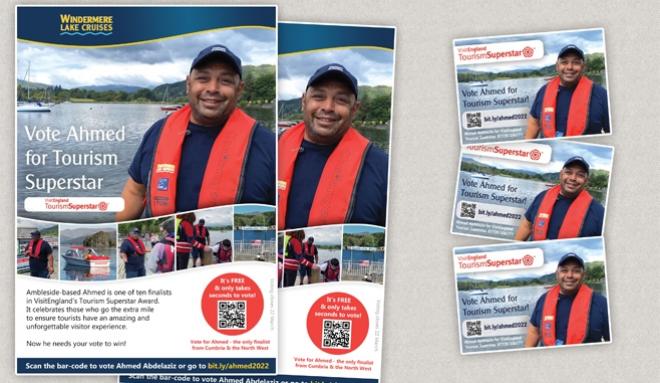 Now in its 10th year, Tourism Superstar is run in partnership with The Mirror newspaper to recognise those who are passionate about their work in tourism. The winner is decided by a public vote which closes at midnight on March 22.

Andrew Stokes, England Director for VisitEngland says: "Tourism Superstar recognises those people who go above and beyond to make visitor experiences in England so special. Whether creating a memorable stay in a seaside hotel, adding a touch of showbiz to a tour or an attraction or making sure everyone’s needs are catered for, these individuals truly go the extra mile in their role as tourism ambassadors."

The winner will be announced in the Mirror Newspaper at the end of English Tourism Week on March 26th.

Every vote counts, its FREE and it only takes 2 clicks. VOTE HERE