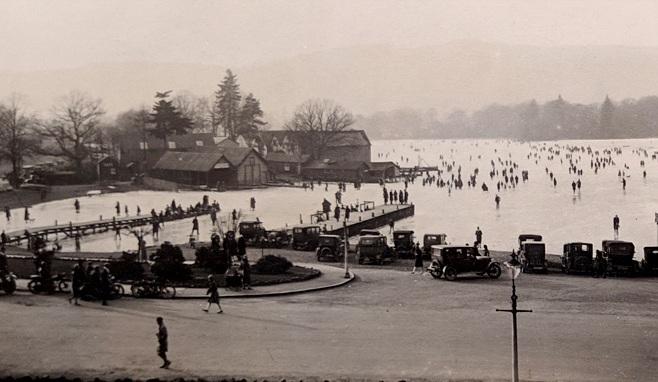 Walking on a winter wonder-lake

As the chilly weather continues to bite across the Lake District, a photograph thought to have been taken in 1925 has been unearthed, showing hundreds of people slipping and sliding their way across Windermere’s surface during a big freeze.

The image is part of a collection owned by the Burneside Heritage group’s Margaret Duff collection, which is now kept at Cumbria County Council’s records office. 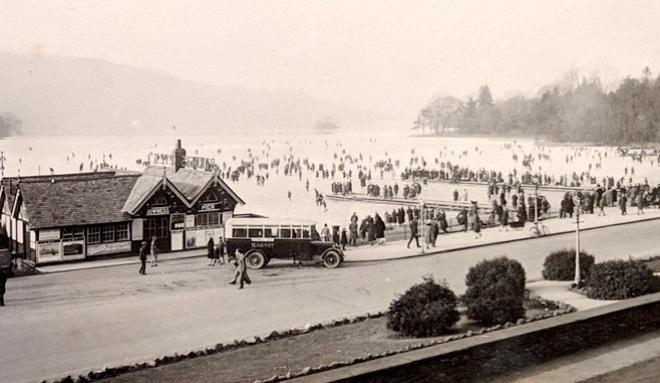 Windermere has frozen over several times in the last century, notably in the early 1960s when the ice was thick enough to skate on. 1982 was another year when ice covered the majority of the lake’s surface. 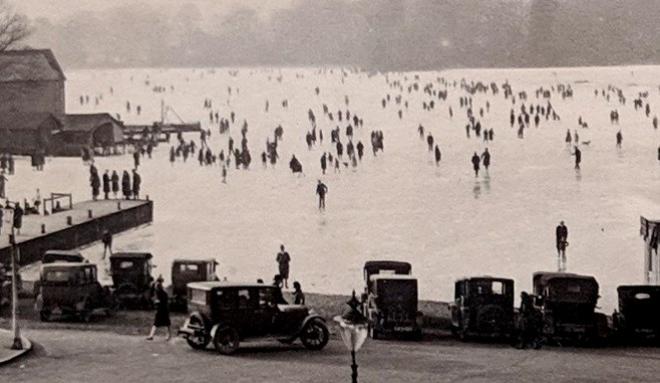 Windermere Lake Cruises Sales and Marketing Director Jennifer Cormack says, “We love seeing old photographs of Windermere, especially ones as interesting and magical as this one. Of course, we naturally think the best way to get across the lake is onboard one of our boats, but it looks as though the people in this photo will have been left with very happy memories. I must say though, it’s important to use this time of year to issue a timely reminder to everyone that walking out onto ice isn’t worth the risk, but as far as the photo goes, we love it.”

During icy weather, salt is scattered on Windermere Lake Cruises decks, jetties and pathways for the safety of passengers. 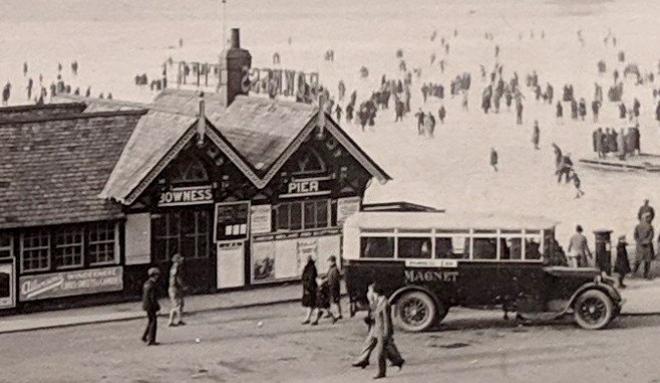