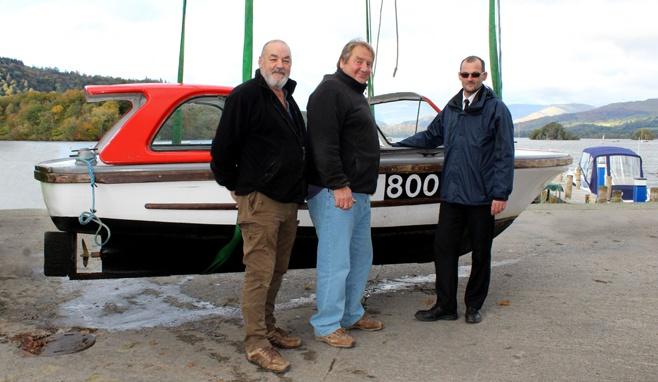 The final day of October half term (Sunday 30 October) will be the last chance for passengers to hire one of the last remaining petrol powered boats before they go into retirement and are replaced by new all-electric vessels.

The electric boats – known as ‘Mystics’ - have zero carbon emissions and are much quieter than their petrol-fuelled counterparts, making them ideal for exploring the tranquil western shore of Windermere and its many hidden islands and bays. They are all named after Windermere Lake Cruises’ staff and their mothers, wives and children.*

As well as the Mystics, there are a variety of cabin boats and traditional wooden boats which are now all entirely electric – bringing the number of electric motor boats run by the company on Windermere up to 50.

The retired boats have been sold on to a variety of enthusiasts and boat builders from as far apart as Maryport and the Isle of Wight.

Russell Bowden, Operations Manager at Windermere Lake Cruises, says, “This is the end of an era for our petrol-powered fleet. These boats have engines which are more than 60 years old, while the oldest vessel Alisa actually dates back to the reign of Queen Victoria. Despite their age, these vessels have been successfully running for up to 8 hours a day over the summer. However, it’s now time for them to take a well-earned retirement.

(Pictured left to right - one of the more modern petrol boats starts it's journey to Reading to start a new life on the River Thames. New owners John Leeming and Philip Tomsley are assisted by Russell Bowden from Windermere Lake Cruise)