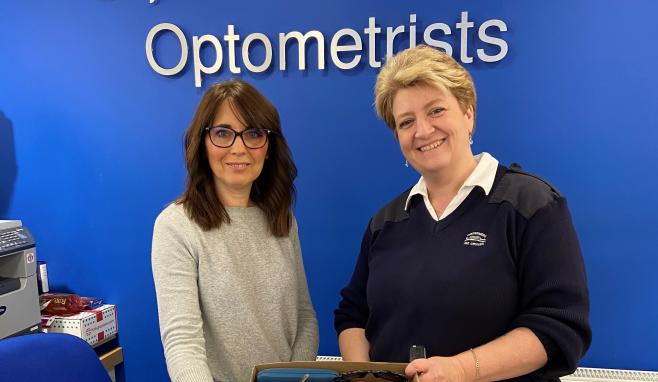 Windermere Lake Cruises has donated hundreds of pairs of lost spectacles to charity, after nobody came forward to claim them.

Being one of England’s top five most popular ‘paid-for’ attractions according to official figures from VisitEngland, the team is no stranger to lost property - describing the number of lost items found onboard its famous fleet of ‘steamers’, launches and in cafes every year as “staggering”.

Items including clothing, umbrellas, walking sticks, jewellery, cameras, iPads, mobile phones, cameras, car keys, purses and wallets are all among the property that visitors accidentally leave behind, which are kept by the attraction for several months to be claimed.

Sales & Marketing Director Jennifer Cormack says, “We do try very hard to reunite items with their owners and it has to be said that we are often successful. However, because of the sheer number of lost items that are handed-in to us, it’s not always possible to reach a happy ending. Due to the volume of items we receive, we can only hold on to them for so long before deciding what to do with it all.

“One item in particular which we find a lot are spectacles and glasses and it would be a terrible pity to destroy them if they’re not claimed. But now, we’ve found an outlet for these lost glasses thanks to Vision Aid Overseas and this week we’ve delivered a box full to Bagot’s Opticians in Windermere, who will pass them on to the charity on our behalf.

“The glasses will all be cleaned, checked for prescription lenses and then sent overseas to be matched to people who really need them. The alternative to this would be landfill so it’s another great chance for lost property to be used for something positive. You may have also read in the press recently that we also donate our old uniforms to the British Heart Foundation shop in Bowness, to be cut up and used as novelty rags!”

Other items such as mobile phones and bank cards have to be confidentially destroyed if Windermere Lake Cruises are unable to trace the owners.

If you have lost an item during a day out with Windermere Lake Cruises, call the lost property team on 015394 43360 or email info@windermere-lakecruises.co.uk