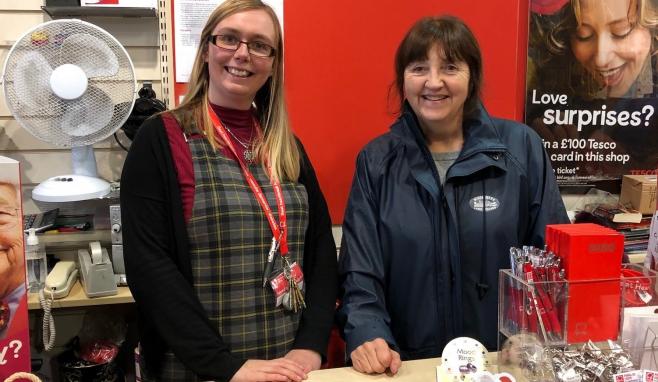 Windermere Lake Cruises is marking ‘Kind Cumbria Day’ by donating end-of-season, worn-out staff uniforms to the British Heart Foundation to be sold on as novelty cleaning rags – and avoiding landfill.

November 13 is ‘World Kindness Day’, designed to encourage people to inspire others through kind deeds, no matter how large or small.

Locally, ‘Kind Cumbria Day’ will highlight good deeds from across the county, by organisations, businesses, charities, community groups and members of the public – all of whom are being encouraged to spread the love by using the hashtag #KindCumbria.

Windermere Lake Cruises made its first uniform run to the BHF shop in Bowness this week, just a few days after the launch of the attraction’s 2019/2020 seasonal timetable.

With the old clothing being re-purposed as cleaning rags, both the attraction and the charity hopes they will provide a more unusual touch to general household and workplace chores. 35 bags were donated - all of which have been weighed; and with 40p paid for the old uniforms per kilogram, the charity has already made £70.

Sales & Marketing Director of Windermere Lake Cruises, Jennifer Cormack, says “Our crews’ uniforms really see a lot of action over the summer, which inevitably means they do get quite worn out. We generally replace them every year to ensure our teams always look their best, so we’re really grateful to the British Heart Foundation for making sure they’re re-used in new ways, rather than seeing them go to waste.

“Of course there’s also the added benefit that the uniforms are avoiding ending up in landfill, which has obvious benefits for the environment. We like to think we have some of Cumbria’s friendliest staff anyway, but it’s nice to be able to do something extra this week. We’re already working on filling up a few more bags!”