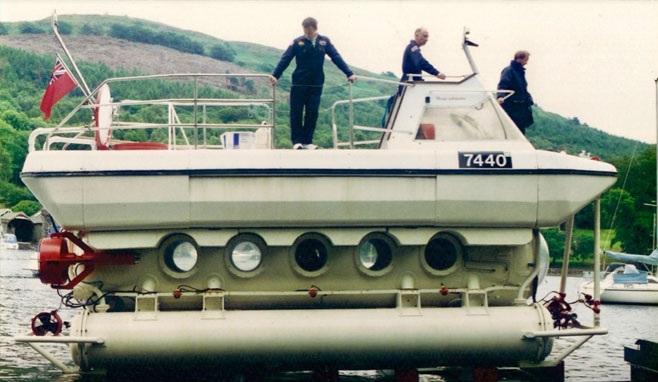 Fascinating photographs have been unearthed by Windermere Lake Cruises, from an era when there was just as much of an appetite to enjoy views from below the lake’s surface as there was to enjoy the views from above it.

While England’s longest lake is best known for its stunning scenic views of the surrounding fells and wooded shoreline, the late 1990s also gave visitors the opportunity to dive to the lake’s bed, where the submarine would settle for around 10 minutes before continuing to explore the depths. 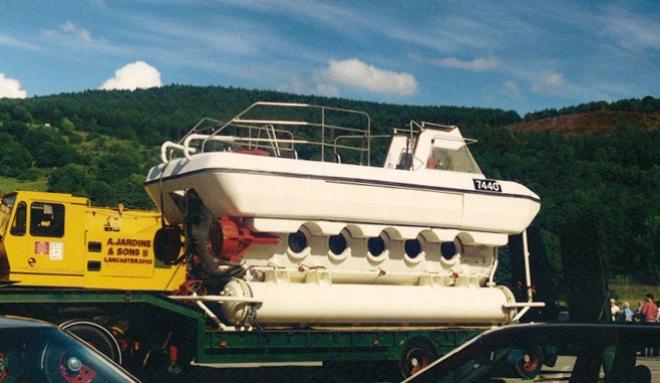 Positioned around ten minutes out from Windermere Lake Cruises’ Lakeside pier, the attraction’s vessel ‘Sunflower’ was used to transfer more than 3,500 visitors to the sub’ from ashore in its first season alone.

Windermere Lake Cruises’ archivist, skipper and author Rob Beale, says, “Launched in 1997 and owned by Paul and Jane Whitfield, the ‘Windermere’ could carry ten passengers per dive. Piloted by Alan Whitfield, the sub’ was equipped with sonar equipment, cameras and scientific instrumentation which he hoped would help to locate unusual sights following numerous tales of sunken wrecks.

“Windermere was 28 feet long, with enough oxygen on board to keep ten people alive for 96 hours or 44 days for a single individual.

“The fare for an hour-long cruise was £49.50 and dives commenced in August 1997. A small wreck was soon located close to Lakeside which became a focal point for the cruise, which often went up the lakes as far as the YMCA.” Windermere Lake Cruises’ John Woodburn (pictured leaning over the bow of the submarine), reminisces, “I dived to the bottom of the lake with Alan at least twice. He was so patriotic, he stood to attention on the submarine awaiting the passengers in a blue boiler suit with the union flag emblazoned thereon. I always felt that I should salute him when boarding the sub.” 📷: Interior of the submarine on Lake Windermere

Although popular, the venture ceased after the 1998 season as the company had only one pilot and the cruise rarely sailed at its advertised capacity. It has also explored wrecks in Mauritius and now operates in Barbados.

Many thanks to Robert Beale for his help in researching this article.