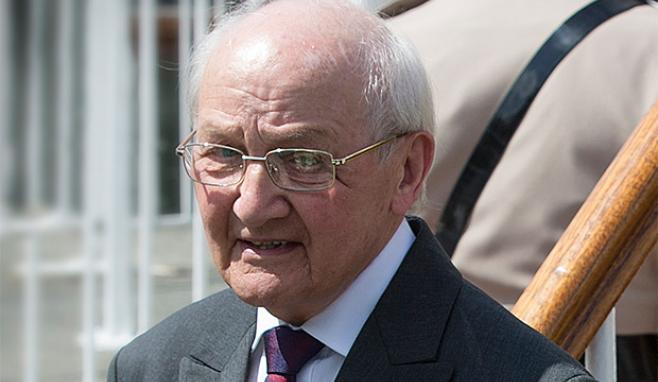 Windermere stalwart steps down after 71 years

A Windermere man who has been part of the local boating industry since the 1940s is stepping down from his day-to-day involvement with Windermere Lake Cruises Ltd following more than seventy years in the trade.

86 year old Allan Brockbank started as a boat-building apprentice in January 1944, and over the years, he has seen dramatic changes in the way people build and use boats on England’s largest lake.

Some of Allan’s earliest tasks included building lifeboats for the merchant navy and RAF harbour launches to access seaplanes. Allan’s boat-building projects included ski-boats, cabin cruisers and the passenger vessel Venture, which was the first ‘modern launch’ on Windermere and is still in operation today. At the time, boat-building was one of the biggest industries in the Bowness and Windermere area, but the arrival of fibre-glass boats revolutionised boating and boat-building forever.

In 1968 Allan became a founder member of the Bowness Bay Boating Co., which later became Windermere Lake Cruises Ltd, and he is now the sole surviving founder member of the company. Allan was responsible for designing and building the fibreglass self-drive motor boats that have been operating on Windermere for many years and his skills have helped maintain the company’s wooden passenger boats and rowing boats in pristine condition.

Although Allan stepped down from his full-time role in 1992, he has remained actively involved with Windermere’s proud boating traditions over recent years in his capacity as a director of Windermere Lake Cruises Ltd, as well as its parent companies Winander Leisure Ltd and Winander Group Holdings Ltd. Allan is now retiring as a board member, although he will still have an ongoing involvement as a shareholder.

Allan Brockbank says, “I have so many wonderful memories of Windermere, but one of my favourites was definitely working on the Queen of the Lake; to see her sailing down the Thames as part of the Diamond Jubilee Pageant years later was a great moment, as was meeting Her Majesty the Queen when she sailed on Windermere in 2013. Other memorable projects include building a 27 foot boat called ‘Liver Bird’ for the owner of the Liver Building in Liverpool, and installing an engine in one of the record-breaking boats that raced on Windermere. I also spent one summer season driving the 45-seater vessel Venture, a boat that I had built myself.”

Bill Bewley, Chairman of Windermere Lake Cruises Ltd adds, “Over the last seventy years Allan has made an important and invaluable contribution to the way that boats are built and used on Windermere. His knowledge of traditional boat-building is colossal and our board has benefitted from his wisdom and experience over many years; he has been integral to the successful development of Windermere Lake Cruises. On behalf of all Allan’s fellow directors and colleagues, we hope he enjoys a well-earned retirement after so many years of valuable service.”