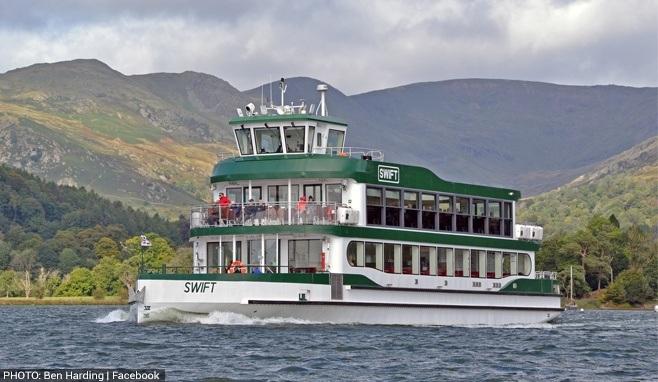 Windermere’s newest passenger vessel, MV Swift, marked its first year in service on Monday 25th October – and what a year it’s been!

The 300-seat high tech boat has been through lockdowns, hosted a double wedding and over 130,000 passenger journeys in her first 12 months.

Despite not sailing for 4 out of her first 12 months, due to national pandemic lockdowns, she has still covered over 8,500 miles and hosted school groups, corporate events, birthdays and wedding celebrations.

One of the highlights of the first year was hosting the double wedding party of sisters Francesca and Lucia Cutolo. They celebrated marrying their respective husbands Jamie Hope and Ben Maddocks with a three-hour trip onboard MV Swift. 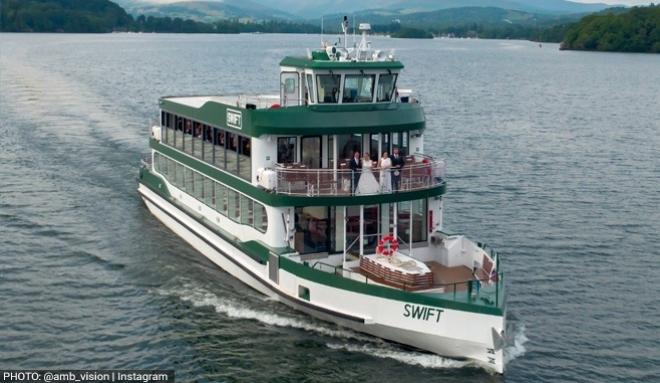 📷: The two couples being waved aboard MV Swift. Francesca and Jamie (left – Jamie is groom in kilt) Lucia and Ben (right)

The sister’s parents are Angelo and Claire Cutolo who own the Villa Positano restaurant in Bowness. “It was an amazing day from start to finish,” explains Claire. “It was great that all the families could get together and have so much fun. To be the first big party to celebrate on board MV Swift – amid all that spectacular Lake District scenery – was just a wonderful experience.” 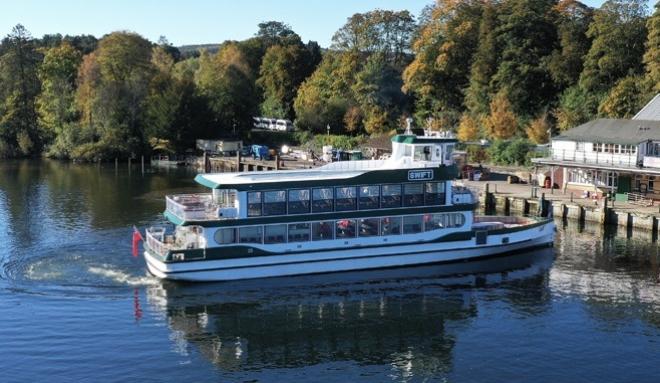 MV Swift officially came into service on October 25, 2020. She’s the biggest boat to be launched onto England’s longest lake in 80 years.

Her first voyage was from Lakeside at 10:15am on that Sunday sailing to Bowness and then Ambleside. The first passengers on board had to adhere to social distancing rules and Swift’s first year of service continued to be affected by pandemic restrictions.

For much of her first year she has been skippered by Boat Master Rob Beale. “The training required before taking charge was a real challenge,” says Rob. “I had to forget everything I knew about manoeuvring boats and learn new skills.

“She is unlike any of our other vessels in that she doesn’t have a traditional ship’s wheel or rudder.

“She has dials that rotate and operate the thrusters which allow much greater manoeuvrability. It’s been an honour to skipper such a wonderful vessel. The bridge is a bit like Star Trek with all the controls and lights,” says Rob. 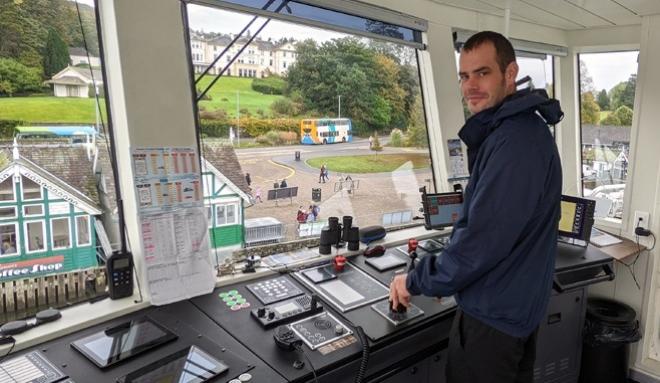 📷: Skipper Rob Beale in the wheelhouse of MV Swift

“The steering system can be rotated through 360 degrees. It’s been exciting to take charge of a completely new class of vessel on Windermere.”

Chairman of Windermere Lake Cruises Bill Bewley says: “While the launch of the vessel came at a time of significant economic uncertainty due to the Coronavirus pandemic, we were confident that the Lake District’s visitor economy had a bright long-term future. After a year in service, we know that MV Swift is playing an important role in the area’s economic recovery.” 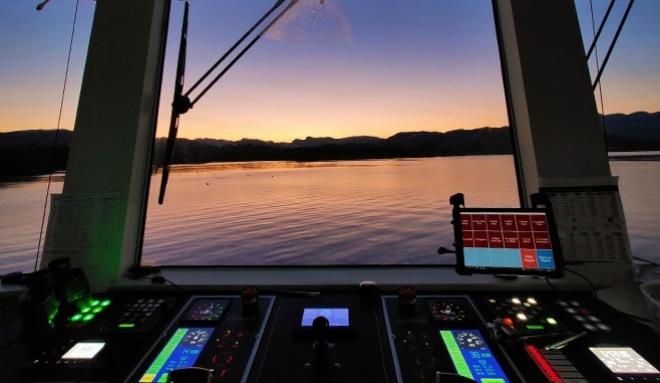 MV Swift, which was launched on Windermere shortly before the pandemic in December 2019, was designed as a vessel which would be perfect for charters and big events as well as being a passenger vessel. It can be chartered for weddings, birthdays as well as corporate and team building events. 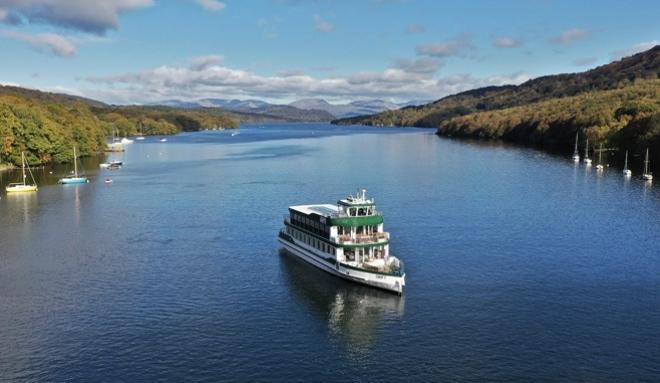